Balanças Marques (Portugal) - By incorporating the new "Board Weight", which is the latest innovation of Balanças Marques engineering, the BM5 scale will now be equipped with the latest technology of converting analog signal to digital. 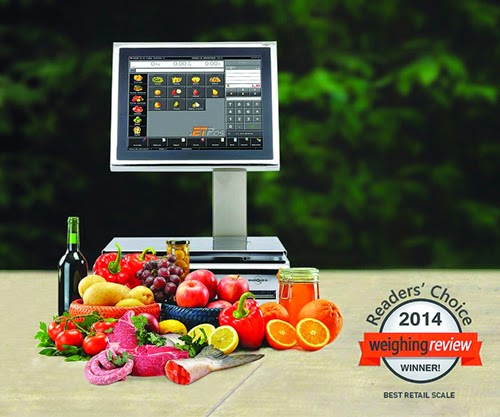 The Balanças Marques retail scale with more demand on the international market, recently elected in the "Weighing Review Awards 2014" as the best retail scale, may also, from now on, be equipped with the new software management "ETBAL", which is another recent creation from the engineering of this Portuguese company.

To ensure standardization of these new innovative features, the BM5 was successfully submitted to tests for certification review and obtained, in early July, two very important certifications for Balanças Marques: the EC type-approval Certificate and the OIML Certificate of Conformity. 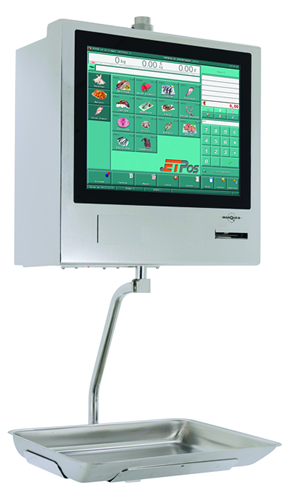 While the first certificate allows the commercialization and commissioning of the scale for direct sale to the public in the European Union, the OIML (International Organization of Legal Metrology) certificate extends to non-EU markets where the OIML Recommendation is recognized.

This certification had origin in the IDI (Investigation, Development and Innovation) Process, where the BM5 benefited from some Hardware and Software improvement changes.

It was also purpose of the new Certification to subject the equipment to more demanding regulatory tests, according with the international Recommendation OIML R76-1: 2006, with which is expected to be aligned the Recommendation that complies with Directive 2009/23/EC. With this OIML Certification, Balanças Marques also has the possibility of having its product recognized outside the EU market, since the OIML is recognized in other international markets.

BM5: a retail scale that makes business management
The BM5, from Balanças Marques, is much more than a scale, is an innovative concept that integrates, in a single equipment, all that is necessary for the management of any business establishment. The BM5, scale with touch screen, is a device with integrated management capacity, emitting all kinds of legal documents and controlling the various peripherals. With its certified billing and management software, ETPOS, the BM5 does more than fulfill its basic function, which is to weigh, becoming the best help for managing a business.

In addition to get invoices and to manage accounts or stocks, easily and functionally, BM5 can control and manage various other devices and peripherals, being the core equipment of any commercial establishment in several business areas.

The BM5 is equipped with two high resolution screens, making use of the latest "touch" technology, which allows a greater capacity and ease of work, resulting in greater agility and efficiency in customer service.

To his enormous capacity management, joins the elegance and refinement resulting from its attractive and modern design, making it an asset to any establishment.

The BM5 is an equipment that combines hardware and software of excellence, and its quality is internationally recognized.